TREND 1 - Brands strike a balance between public and private engagement

Marketers reach new customers in the open while using closed channels to build deeper relationships. “THE FUTURE IS PRIVATE,” MARK ZUCKERBERG ANNOUNCED IN 2019, revealing his vision to unify Messenger, Instagram, and WhatsApp in response to global consumer demand for more intimate social experiences. Instagram launched Threads, a camera-first messaging app that allows users to connect with close friends in a dedicated, private space. LinkedIn began rolling out its new Teammates feature to help users see more updates and content from people they work with in real life.This is all part of an ongoing shift in social that has private channels in the spotlight, putting increasing pressure on brands to adapt. According to data from GlobalWebIndex, 63% of people say messaging apps are where they feel most comfortable sharing and talking about content. Half of the senior marketers polled in our 2022 Social Media Trends survey say that the shift to private social channels has made them rethink their content strategy, but is the future of social media going to be entirely private, one-to-one interactions? Not according to our analysis. The rise of TikTok, IGTV, and continued growth of Twitter show that public content discovery and consumption remains a core use case for social—and the data backs this up. In our annual global study of digital habits, we found that 52% of brand discovery online still happens in public social feeds.Finding entertaining posts, reading news, and researching products—these are all major motivations for using social, just as central to customers’ experiences as private messaging.The distinction between these two worlds is an opportunity, not an obstacle, as it creates a clear path for the full customer journey to take place on social. In 2022, we predict the most successful brands will be those that strike a purposeful balance between driving awareness on public feeds and delivering meaningful one-to-one engagement on private channels. 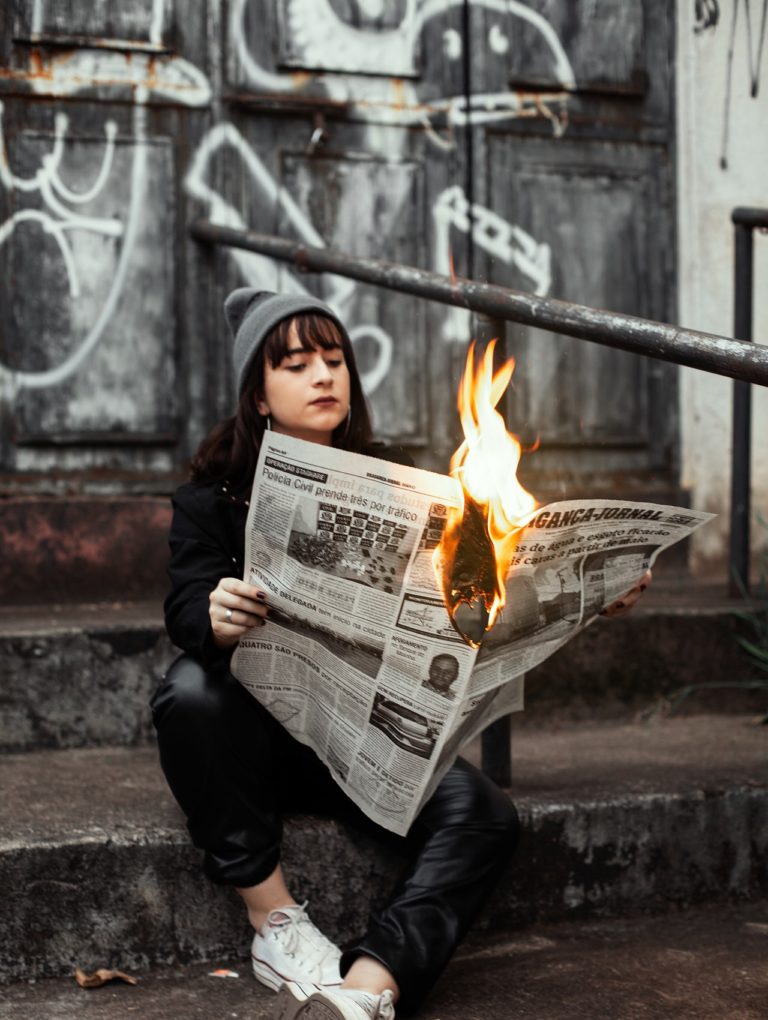 Create a seamless journey between public and private instead of treating public and private as two disparate channels, create a cohesive social strategy by using public feeds to guide customers to your private channels. For example, you can now create Facebook or Instagram ads that send users directly into a private conversation with your business on Messenger or WhatsApp using the Click-to-Messenger feature.

By setting up a predetermined message to begin the conversation, you can seamlessly move customers from the public feed to a private conversation that drives a specific outcome for your business. Automate the easy stuff people and businesses now exchange over 20 billion messages each month on Facebook Messenger—ten times more than they did in 2016—and responding to these individual messages at scale is a challenge for businesses of every size.

Messaging bots can help reduce the workload, but too much automation can have negative consequences. In a survey conducted by Invoca and Harris Poll, 52% of consumers say they get frustrated when brands don’t offer any human interaction. According to GlobalWebIndex’s Consumer Trends report, consumers in the top income bracket are nearly twice as likely to prefer human interaction for customer service.Use a blend of automation and human connection to build deep relationships on private channels. Bots are best for addressing the most common customer queries, the ones that come up time and time again, but real people still need to be available to handle the more nuanced customer inquiries. Respect the function and nuances of private channels people have gravitated toward private channels to escape noisy and impersonal social networks—so don’t chase them with the same strategies that drove them there in the first place. “It’s one thing to flip through a brand post on an Instagram feed, but it feels much different if it slides into your personal, private conversations,” explains John Stauffer, managing director of strategic planning and channel strategy at DEG, a full-service digital agency. “The utility of your content becomes paramount on private channels. If you’re engaging somebody one-to-one you have to be clear about the value you’re providing, whether that’s helping them find content, choose the best product, or resolve an issue.”

PESSIMISM AMONG CONSUMERS IS GROWING with the rise of populism, divisive politics, and global mistrust of traditional institutions. Only one in five people believe economic and social systems are working for them, and the majority of the mass population does not believe they will be better off in five years.Millennials are feeling particularly bleak about the state of the world, with fewer than a quarter expecting an improvement in their country in the next year. In this divided world, trust has found itself at work.

According to the 2019 Edelman Trust Barometer, 75% of people say they trust their employers to do what is right—more than government, media, or business in general.
This trust is conditional on making things better, not just making better things—and it’s especially important for younger generations in the workforce. There is a strong correlation between millennials who plan to stay in their current jobs and those who say their companies deliver best on community impact, talent development, and diversity and inclusion.We’re seeing businesses shift priorities in response to these increasing expectations from both employees and customers. A group of nearly 200 top CEOs announced a shared commitment to not just shareholders but also customers, employees, the communities they operate in, and society as a whole.

73% of executives say their organisations have changed or developed products or services in the past year to generate positive societal impact.Brands that earn employee trust through a genuine commitment to purpose will gain a significant competitive advantage. Along with higher workforce and customer satisfaction, purpose-driven companies witness higher market share gains and grow three times faster on average than their competitors, according to Deloitte. In 2020, we’ll see employee advocates become beacons of trust for consumers as they use social media to amplify bold sentiments and goodwill from their organisations.75% of people look to their employer as the most trusted institution.

Do it before you talk about it. People are wary of brands using societal issues as a marketing ploy, and social media is a particularly unforgiving forum for “woke washing.” What your organization says has to match what it does. True purpose is more than just a marketing campaign; it’s a long-term belief that needs to underpin the very existence of the company. Lead from the top According to Edelman, 71% of employees believe it’s critically important for their CEO to respond to challenging times and expect them to speak up on industry issues, political events, national crises, and employee-driven issues. “Social channels provide CEOs with the opportunity to succinctly express company goals and priorities to both customers and talent,” notes Paul Frampton Calero, EMEA CEO for travel tech startup Hi Incorporated, in the book The Social CEO,“Social media enables the CEO to be much more accessible and closer to their workforce, most of whom will have limited day-to-day contact or insight into their leader. Employees want to know more about their CEO and never has there been a better opportunity for CEOs to both connect and demonstrate proximity and vulnerability.” Building a stronger reputation from the top down is particularly important for earning the trust of the largest consumer group out there: millennials. Only 37% of millennials believe business leaders make a positive impact on the world, and more than aquarter (26%) don’t trust business leaders as sources of reliable and accurate information. Have a strong brand protection plan in place. Society is becoming increasingly polarized, and taking a stance on social media may anger some customer bases as much as it wins loyalty and praise from others. Gartner advises that all brands have a game plan in place for this type of controversy, cautioning that “even for brands that typically remain neutral, marketing leaders must prepare for the inevitable day when their brand winds up in the center of a maelstrom.Everyone wants to work for a company that represents what they believe in, but taking a stance is bound to bring both negative and positive attention,” said Jonathan Ready, vice president of marketing and business development for Proofpoint, in an interview with Hootsuite. “Run crisis simulations and be prepared with policies and technology to know when your brand is being attacked on social media—and how to respond.” Make employee advocacy a business priority. When forming an opinion of a company, people trust a company technical expert more than they do a CEO, a journalist, or even one of their peers.Employee advocacy can clearly impact an organization’s bottom line, yet half of the respondents in our 2020 Social Media Trends survey say their top challenge is finding the time to source content and run an employee advocacy program. To live up to its potential, employee advocacy needs to be prioritized as a corporate strategy and embraced by the entire organization. Meliá Hotels Internationalprioritized employee advocacy on social media in an effort to increase brand recognition, recruit talent, and humanize the brand. A joint effort between the social media team and the HR department led to the launch of an internal ambassador program that has helped increase job applications and led to over 61,000 posts shared by company ambassadors.This focus on advocacy has paid off. “Making our staff brand ambassadors and creating a social media culture has been key to our success on social media,” says Tony Cortizas, Meliá’s vice president of global brand marketing. Meliá reports their focus on social—including employee advocacy, a social CEO program, and customer advocacy content—has led to social generating 24% of the traffic to melia.com and more than €42 million in sales attributed to social.
error: Content is protected !!